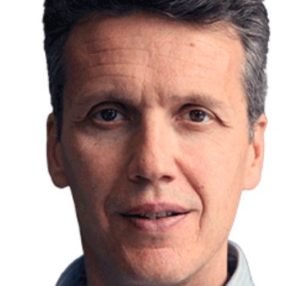 From 2015 Luigi is co-founder & CEO of Catapush the SaaS platform for mobile push, in-app messages and chat designed to help banks and large corporations with their customer relation management.

Between 2010 and 2015 he is co-founder & CEO of Skebby the innovative SMS API which make simple and immediate for businesses to communicate via SMS with customers directly from own apps or web sites, grown from zero to 5 Mln euro in revenue and 8.000 business customers in few years.

Between 2012 and 2018 he is board member of Italia Startup no profit founded to boost entrepreneurship and innovation as levers to promote economic growth in Italy. A unique initiative in which all the most important actors of the italian entrepreneurial arena are involved.

In 2008 he was among the promoters of Mind the Bridge the international business plan competition aiming at building links between Italy entrepreneurs and Silicon Valley’s vc communities and of First Generation Network the association of first generation italian entrepreneurs.

Between 2005 and 2014 Luigi is advisor for the start up of Heat & Power, grown to being the leader in the distributed cogeneration /energy efficiency sector in Italy then acquired by E.ON group (ECT).

From 2002 he is advisor to owners and top management for innovative and fast growth initiatives primarily in the telecom, media and energy sectors.

Between 1998 and 2001 he is board member and takes part of the start up of Lansdowne Partners one of most successful European hedge fund that from zero has grown to more than € 16 billion assets under management.

Between 1996 and 2001 he is the founder & CEO of Planetwork, one of the first Italian alternative telecom operator in the business segment, grown from zero to €30 Mln in revenues and over 30.000 business customers in four years and ePlanet (today Retelit) one of the first independent provider of telecom infrastructures and integrated broadband services led to €600Mln IPO in year 2000.

Between 1992 and 1996 Luigi is Engagement Manager at McKinsey & Co. where he worked in New York (’92-’93), Buenos Aires (’94) and Milan (’95-’96), managing teams and advising top management of large multinational corporations primarily in the telecom sector including AT&T, Nynex Mobile, Telecom Italia, Italtel-Siemens and facing technological, regulatory and market discontinuities.

Between 1988 and 1990 he started his career as Assistant to the Finance Director at Ciba Geigy (today Novartis ) a swiss multinational in the pharmaceutical sector.

In his spare time, Luigi enjoys spending time with his family, trekking, taking care of his garden. He is a voracious reader of books, blogs and media online.

Luigi is divorced and has two children.